(This report is a republication from Omniatv, with the permission of the authors.)

According to the accusation, police threatened with physical violence a person in an outdoor space who was intending to do prescribed post-surgery physical exercise, while they disregarded the various doctor’s records that he brought with him. In another incident, in addition to the fine, police beatings took place in a public area and at the police station.

This accusation is added to a series of similar incidents (such as, for example, the fines placed on homeless people in Thessaloniki and Rethymno, as well as the mistreatment of an elderly person by municipal police). It seems as though, with the new general implementations, the instruments of the Hellenic Police that play a key part in protecting people most often are seen in stories of arbitrary violence, as if they’ve been given a “green light” to do what they please.

The eponymous accusation aired solely on Omniatv. The name of the witness has not been made public for understandable reasons.

Below is the text of the accusation:

Another moment of absurdity has entered the picture. The present crisis of the coronavirus has proven one more time the state’s plain incompetence in such circumstances. It has shown how, for many years now, they have completely decimated the system of public health.

For this reason, when they were called on to manage the present crisis, they again used repression instead of prevention (an ironclad healthcare system). Instead of enforcing mass testing of the public for the virus, they chose instead to impose a massive prohibition on movement. With the use of fake reports and shameless lies told to the public, they managed to throw the responsibility onto each individual, imposing the extreme measure: prohibition of movement.

From the beginning, society followed all of the protection and prohibition measures that were imposed on them. Whether they wanted to or not, the vast majority kept to exactly whatever measures of prevention were issued by the experts. Even here, in the prefecture of Xanthi, after a decision by the authorities, a blanket ban on movement was imposed with additional strict measures (the abolishment of three codes and a full night curfew) from Monday the 30th of this month. The Hellenic Police were called on to uphold and supervise all of the prohibitions.

From the start, throughout the entire country, the members of the Hellenic Police committed themselves to a relentless hunt to issue fines to anyone who was moving about “illegally.” We regularly read about arbitrary police actions with respect to the fines that they impose.

Another such incident happened to me.

After being very recently operated on, I received orders that I must follow for my physical rehabilitation and health. The orders came from the specialist doctors who operated on me. One of these orders is low-impact daily exercise, common walking. Belonging, as I do, to the high risk category, I have no contact with other people (not even with my relatives), but follow the preventative measures for my risk group in order to break the chain of infection of the virus. The only thing that made me go outside was the doctors’ order for daily exercise.

This is how things were on Thursday, April 3. Just twenty meters from the cross street that leads to the monasteries (in the mountains), a vehicle from the traffic police comes and stops next to me, and they ask what am I doing. I explain to the crew that I recently had surgery and am exercising the way my doctor had told me to. I give them the necessary documents certifying my very recent discharge from the hospital. At this point, the police probably don’t believe me and they ask me for extra information. I ask them why, and then they become like bulls in a china shop. I’ve figured out what they’re up to, how they’re going to give me a ticket. I ask them if they want to see my ID so they can write me up, and instead of answering, they start threatening me. All three of them get out of the patrol car, saying they will call for back-up, etc. with the two out of the three of them (the two men) coming towards me with a threatening demeanor. I tell them again that I recently had surgery, in case they’ll calm down and not start to beat me. This succeeded.

They ask me for my ID. Now I’m looking to get arrested. I ask if I have done something illegal. I say it again over and over and with a loud voice, hoping by chance that the few people passing by will hear something. Save for one person who was looking from afar, no one else came out to have a close look at this arbitrary policing. The police demand to give me a body search and that I empty the contents from my pockets onto a nearby ledge. One of the police men quickly takes my ID from my hand AND THE PAPER FROM THE HOSPITAL and returns to his seat in the car. Instead of checking my ID and items, I understand that he is writing me a ticket. In vain, I told them that I am unemployed and don’t have the financial means to pay a fine. In vain, I told them that they are holding my hospital card. In vain, I told them about the text message that I had sent. In vain, I demanded for my arrest if I had done anything illegal (imagine such treatment that it brings us to ask to take us to speak to the judges, hoping that maybe they will understand). In vain, I asked the reason for the fine. All in vain. Their job is to consolidate their authority…

Then, when I start to learn the lesson they are teaching me (…), the second policeman lowers his mask and says, “look at me, remember me, because these two months will pass and later we’ll see what you do.” Of course, I explained that such threats don’t scare me. They give me the ticket (which they never ask me to sign) and leave. Maybe they had done their duty.

Fortunately, they didn’t kill me. Unfortunately, I now have a ticket hanging over my head that is absurd and possibly illegal. The same day I start to ask, through my network of close friends and others I know, if there have been other such incidents. Very quickly, I learned about another incident in which there was violence in addition to the imposition of a fine. More specifically, a police officer used violence (kicks, pushes, and slaps) in public view, and, to make visible the authority of the police, they brought the person to the police station of Xanthi so the officer could hit him there as well. Reports of absurd fines continue to arrive one after the other.

Did we expect anything different? It is a central practice of the present government to release every day quite analytically a huge number of fines in order to show how we are the ones who are irresponsible. This is a false image. The irresponsible ones are those in positions of power who allegedly abide by the protection measures. In the event that I suffer a postoperative complication, who will be responsible for my case? Who is responsible for controlling the security forces to see that they are actually doing their jobs? By using scare tactics, you do not make people responsible, but instead you create irresponsible citizens, and this is exactly what they have done. Without supervision, there exists only arbitrariness and never, not once, protection. This is what all citizens must understand. The fines are clearly illegal, and the majority are capricious.

We cannot allow the inherent delirium of the prohibitions to level our thinking. There still exist mass work spaces, like the factories and the military (in Xanthi, complaints have even been made out about the miserable conditions that the soldiers experience) which continue to work normally, yet the government thinks it is prudent to shamelessly give out fines to those who are powerless (we must not forget the fines given to the homeless in Rethymno and Thessaloniki). They have imposed a blanket ban with one law on 100 thousand residents for 24 infected people, from which most were found to be in the military and, instead of putting a lockdown on the military, they put a curfew on everyone. This is a result of the old, bad logic that “if the head hurts, cut it off.”

Unfortunately, in an era of absurdity, no logical argument can be heard. The reason I am writing this article is to break the fear and end the incidents of arbitrary police enforcement, for who knows what they will lead to. I would like for all of the incidents of arbitrariness to be published so that there would be a chance to break the chain of authoritarian enforcement (of the irrational). At the same time, let this be a call for social solidarity, the solidarity of those in lower ranks. This is the only authentic solidarity (the state’s calls for solidarity are just little mirrors to satisfy the native inhabitants). The time has come for the poor to build infrastructure and networks that will be stronger than those in the present health crisis.

P.S. 1 How can you believe a government which, about a month or so after the first case, didn’t hire even one sanitation team.

P.S. 2 The report from Chardalia on 4/4 is likely a deletion of the fine that had been imposed…right? 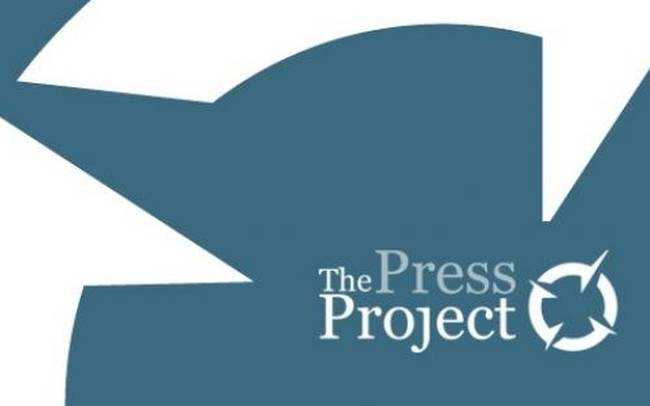 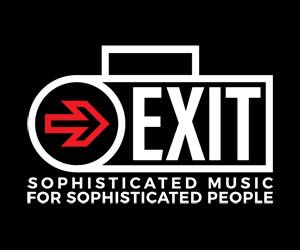